Where do I start. Well I suppose with my 'war story'. Gloucester 50k was a key race in my diary for this year. It was not only my 50k road race debut but also a good warm up to some 100k races I have planned for this year.


I put in some solid training over the December period taking advantage of the holiday season to put in some high mileage (and burn off those calories!). The 5 week period between 06/12 to w/c 03/01 I managed to log about 565 miles most of which were on road - this is a little unusual as I try and get in as much trail running as possible. I was just glad that I didn't get any niggles from the hours of stomping tarmac. I put in a taper reducing my mileage down to 70 miles 2 weeks before the race and then about 35 miles during race week.


Inevitably with such training under my belt the Saturday night before the event I came down with some kind of bug that I am sure was kindly passed onto me by my son (who has a skill in collecting illnesses from his nursery). I woke up Sunday morning, had some porridge, a smoothie and switched on cbeebies for my boy when my temperature suddenly had me in a sweating fit. That was it. No running for me today. I went up stairs took my kit off jumped back into bed and declared to my wife that I would not be running today!


It was not long before the guilt and "what ifs?" started to rattle around in my head, so I jumped out of bed threw my kit back on and headed for Gloucester. I was hoping that a couple of Combiflam (Ibuprofen) and a large skinny Cappuccino would do the trick. It did!


It was not long before we were taken for a leisurely walk by one of the volunteers to Sellars Road which is about 2 miles into the Marathon route. The start is a small country road where we were told to wait for the elite car to come into view. This was a sign that the marathon runners (who start some way behind us) were coming our way and we were to start running and mingle with these guys. 10.30ish we were off.


I was not feeling too bad at this stage and headed off at quite a hard pace of around 5.20 - 5.40mm the route takes us through Hardwicke and Quedgeley in a figure of eight shape leading us to Stonebench turn where we start to count laps. For the 50k runners we do 4 laps of about 7 miles with a 1 mile return to the finish.

The first couple of loops passed without much notice, I maintained a reasonable pace although again quite erratic, I remember looking at my Garmin and noticed that my pace was 4.50mm on the flat - I eased on the brakes a little but felt strong so tried to maintain a pace between 5.30mm to 5.45 hitting 20 miles in 1 hour 56. This was about the time when the battery in my watch died. Hmmm

The loop takes you through Elmore and Longney through quite country lanes and is very scenic. The support was great and really gave me a boost when I needed it.

The drink stations were perfectly located and offered both water and High Five so hydration was not too much of an issue. I had kept a Clift peanut biscuit to hand and munched on it from about an hour and a half in. I could have probably done with a bit more food but it kept me going until the end.

It was about 26-27 miles when things started to go wrong and my body began to shut down - I reckon it was a mix or erratic pacing and not feeling too well but I suddenly went from 5.40mm to something way over 6mm (if not 7+mm for about half a mile) before I got a grip of myself. Soon after English International 100k runner Julian Rendall came rushing past me looking very strong. He had amazingly picked up the 3 minute advantage I had gained over the race period and continued to push forward up to the finish line. A very good performance. Unfortunately, I did not have it in me that day to pick up the pace and push to the finish - perhaps next time. My priority was not to drop any more time and Allen Smalls was hot on my heels! 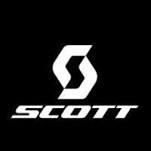 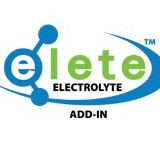 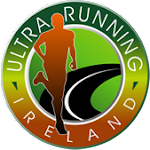